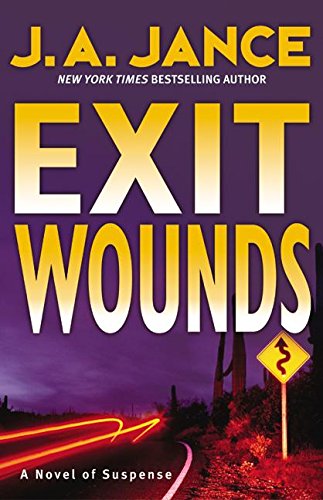 In a fine addition to a lively series, bestseller Jance's ninth after last year's , Arizona sheriff Joanna Brady once again juggles police work and her complicated personal schedule with élan. It's the Fourth of July, and Brady is racing from event to event, unofficially campaigning for reelection, when she learns that a woman has been found dead in a mobile home, surrounded by 17 dead dogs. The dogs died of the blazing desert heat, but Carol Mossman was shot. Then Brady gets the news that two female bodies have been turned up in a nearby county in New Mexico. Ballistics reveal that the same gun was used in both crimes. Meanwhile, Brady and her husband are delighted to learn that she's pregnant. Morning sickness and eating aversions play a larger role in Brady's day than she would like, but she struggles on with the minutiae of a sheriff's life. Clues to the three murders are slow in coming, but eventually Brady learns that Carol's father Ed Mossman belonged to a cult called the Brethren for many years, and the two women who were murdered in New Mexico were in the midst of producing a report on the publicity-shy Brethren. Joanna begins to understand that the more she learns about the Mossman family and this group, the closer she'll be to solving the murders. Joanna Brady's life is never simple, always busy, and full of questions large and small about human nature.