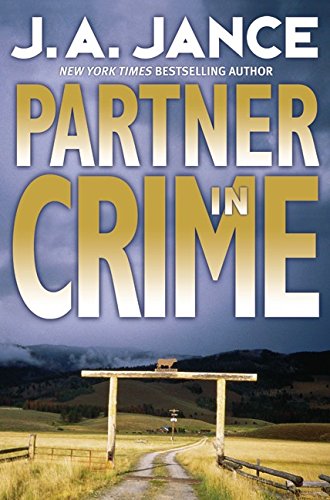 In this chilling novel, the prolific Nance successfully brings together her dyspeptic Seattle homicide detective J.P. Beaumont (, etc.) and Cochise County, Ariz., Sheriff Joanna Brady (, etc.). When artist Rochelle Baxter is murdered in Bisbee, Ariz., Brady's department is stunned that Baxter's next of kin is not a person but the Washington State Attorney General's Office. Baxter was Latisha Wall, an industrial whistle-blower in a Washington witness protection program pending her testimony at an important trial. Beaumont, now an investigator for the AG, is sent to Arizona to determine if Wall's cover was blown. The enraged Brady interprets his arrival as personal criticism; Beaumont feels uncomfortable with her resentment and with being in the hometown of his second wife, the serial killer Anne Rowland Corley. After a second murder, the two investigators develop mutual respect and even a physical attraction. The convoluted plot builds to a surprising solution, though the floundering romance ultimately comes off as forced. The most frightening feature is the cause of death—sodium azide, an odorless, tasteless, unregulated chemical used in automobile air bags. Nance highlights the differences between her two protagonists by alternating Beaumont's first-person narration (despite her Seattle sleuth's dislike of Arizona's desolate scenery, the author describes it beautifully) with Brady's third-person chapters, which show how Brady, her staff and family handle pressure.