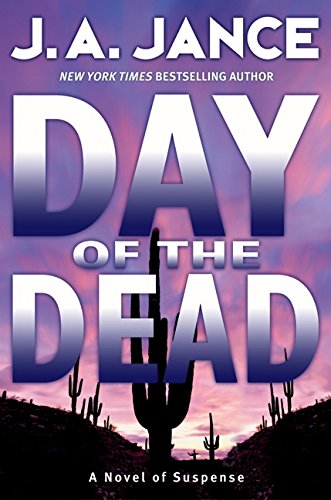 DAY OF THE DEAD

Jance's third suspense thriller to feature ex-sheriff Brandon Walker and his family (after and ) deftly mixes Native American mythology with a harrowing plot. An old Tohono O'odham woman, Emma Orozco, asks Walker for help in solving the brutal murder of her daughter, Roseanne, who was slain in 1970. Walker is able to take on the challenge because of his membership in TLC, The Last Chance, a privately funded agency that looks into old, unsolved crimes. This ingenious arrangement allows for great flexibility in the action of the story. As Walker searches for clues in Roseanne's death, he comes across similar murders—each with no leads, each involving a dismembered body left alongside a road in the Southwest. The reader learns more and more about the killers, the sexually voracious, utterly amoral Gayle Stryker and her husband, Larry, a truly effective pair of monsters. Meanwhile, Walker's dear friend Fat Crack Ortiz, a Tohono O'odham man, is dying of complications from diabetes. Most of Walker's friends, in fact, are Indians, as is his adopted daughter, Lani. He draws not so much knowledge as strength and perspective from them—no mumbo-jumbo here, only believable sensitivity.