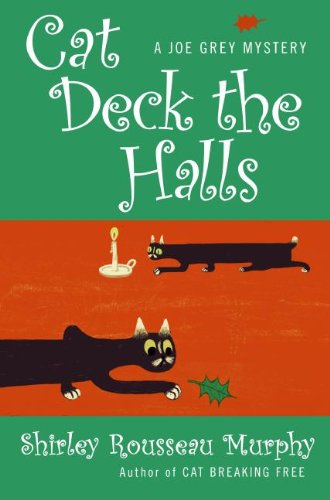 Just in time for Christmas, Murphy brings in feline sleuth Joe Grey to celebrate the season and try to rescue a frightened child in her 14th mystery set in Molena Point, Calif. (after ). Joe's tortoiseshell pal, Kit, discovers and reports a child clinging to a dead man under a Christmas tree. By the time the police arrive the body has disappeared (disposed of by the killer), as has the little girl (hidden by the cats). As Joe and company try to solve the mystery and keep the girl safe, intruders—perhaps linked to each other and the murder—break into Kit's house and a noted artist's studio at the Home for Orphan Children. Murphy's fans will be happy to curl up under a blanket as they savor the finely crafted suspense set against the backdrop of holiday feasts and festivities and the crashing waves of the Pacific.