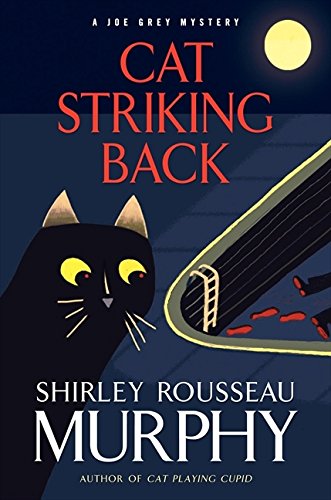 In Murphy's magical 15th mystery to feature tomcat Joe Grey (after Feb. 2009's ), an anonymous tip leads Det. Juana Davis of the Molina Point, Calif., PD to an empty swimming pool, where she finds trace evidence of a murder but no corpse. When Sage, a feral feline, catches the canny killer in the act of placing the victim in a ditch dug in the garage floor of a house being remodeled, the cat-hating sociopath throws a hammer at Sage. Sage survives to report what he's witnessed to his cat pals who live with humans, including Joe. With so many smart four-footed sleuths on his trail, the killer is doomed. As in recent entries in this popular series, the cat detectives receive more face time than their two-footed cohorts, like Molina Point's often bumbling if well-intentioned police chief, Max Harper, who gets on the stick only late in the game. Mystery fans who prefer people in action will have to look elsewhere.