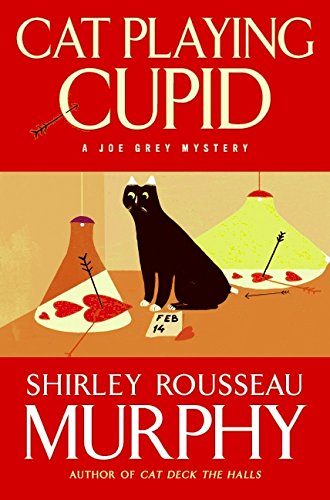 Murphy's diverting 14th mystery to feature talking feline gumshoe Joe Grey (after 2008's ) finds Joe a little annoyed by all the lovey-dovey stuff run rampant in Molena Point, Calif. A year earlier, Joe endured the explosive wedding of Max Harper, the town's chief of police. Then came the Valentine's Day nuptials of his human housemate, Clyde Damen. Joe welcomes the opportunity to swing into sleuth mode after a female skeleton wearing a bracelet engraved with a cat is uncovered at the ruins of an old estate by Joe's feral feline associates. When another skeleton is identified as that of Molena Point accountant Carson Chappell, who went missing in Oregon before his wedding almost 10 years earlier, Joe really has his work cut out for him. Murphy's gentle blend of fantasy and mystery includes revelations about her unusually verbal cat detectives sure to please series fans.