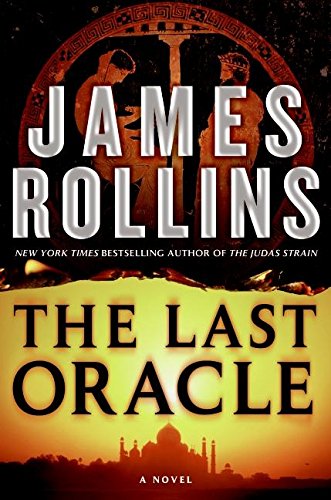 At the start of bestseller Rollins's rousing fifth Sigma Force novel (after ), the group's leader, Cmdr. Gray Pierce, encounters a homeless man as he's crossing the Mall in Washington, D.C., near Sigma Force's secret lair far beneath the Smithsonian Castle. The man, who's really an MIT neurology professor, collapses in Pierce's arms and dies after passing him a strange coin, thus kicking off a far-flung adventure whose plot threads include the Oracle of Delphi, autistic savant children with strange implants behind their ears, Gypsies, power-mad Russians bent on unleashing enough radioactivity to poison the world, rogue American spy agencies and genetically enhanced wolves and tigers. Lots of absorbing scientific information and tantalizing sentences like “With two rifles strapped to his back and a boy and a chimpanzee in tow, Monk marched down the pitch-black tunnel” keep the pages flying by.