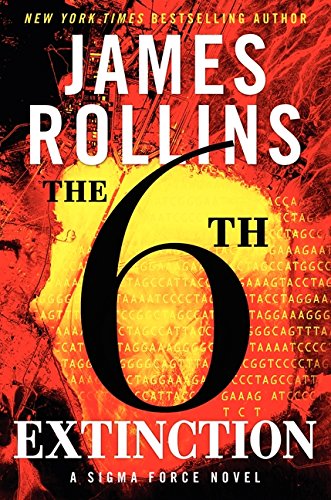 When a research site blows up in a remote California desert, releasing a virulent pathogenic entity, the operatives of the secret U.S. agency, Sigma Force, swing into action, in bestseller Rollins's exciting, well-researched 10th Sigma Force novel (after 2013's The Eye of God). Under the command of Grayson Pierce, the Sigma team discovers not one, but two, underground worlds. Scientist Cutter Elwes, who has established his living laboratory inside a mountain in the jungles of Brazil, is targeting%E2%80%94through his minion, Maj. Dylan Wright%E2%80%94the domain of Professor Alex Harrington, a huge cavern under the ice of Hell's Cape, Antarctica. Elwes's wants to cause a mass extinction, the sixth in the planet's history, to save it from the evils of humankind. The book has everything the genre demands: Nazis, ancient maps, alien life forms, a ticking nuclear clock, and exotic, deadly beasts. Rollins makes it all believable, and ties everything together in a satisfying climax that hints at more adventures to come. 10-city author tour. Agents: Russ Galen, Scovil Galen Ghost Literary Agency; and Danny Baror, Baror International. (Aug.)
close
Details