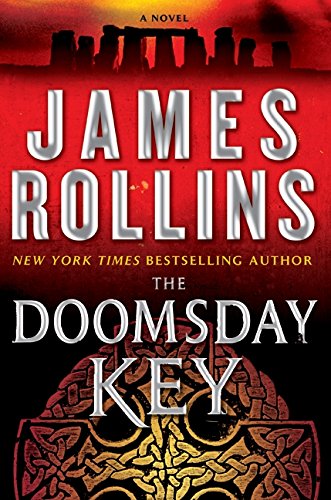 Bestseller Rollins's labyrinthine sixth Sigma Force thriller (after ) offers plenty of intriguing science and history lessons. Sigma Force director Painter Crowe gathers the usual crew—Cmdr. Grayson Pierce; Pierce's best friend, Monk Kokkalis; lumbering Joe Kowalski—to discover why an experimental agriculture site in Africa has been attacked and razed, killing everyone, including a U.S. senator's son. “The future of mankind” may depend, they learn, on the “Doomsday key,” a strange substance brought to England long ago by ancient Egyptians that holds the promise of a new and powerful medicine. A few of the book's many highlights include genetic manipulation, traitorous beautiful women, illuminated manuscripts, saints, prophecies, curses and miracles. Rollins deftly juggles all this and more as the Sigma team races from the depths of the Vatican to the outer reaches of Norway toward an explosive confrontation with the shadowy forces of evil known as the Guild.