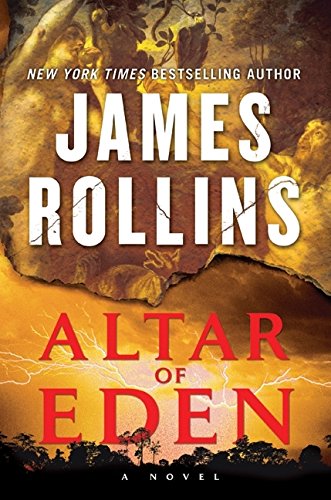 Bestseller Rollins ( ) explores the genetic engineering theme popularized by , if less imaginatively than, say, Warren Fahy did in his 2009 debut, , in this solid stand-alone thriller. During the looting of the Baghdad zoo in the early days of Operation Iraqi Freedom in 2003, 12-year-old Makeen and his younger brother observe two men, one dressed in a khaki military uniform and the other in a dark suit, remove a large metal briefcase containing embryos from a secret facility at the zoo. About five years later, a U.S. Border Patrol helicopter lands at the New Orleans Audubon Center for Research of Endangered Species to take Dr. Lorna Polk, a postgraduate resident, out over the Mississippi Delta to an abandoned trawler. In the boat Polk sees cages filled with bizarre creatures like Siamese twin capuchin monkeys and oversized vampire bats. The science mostly takes a backseat to generic suspense scenes of animal attacks, gunfights, and abduction.