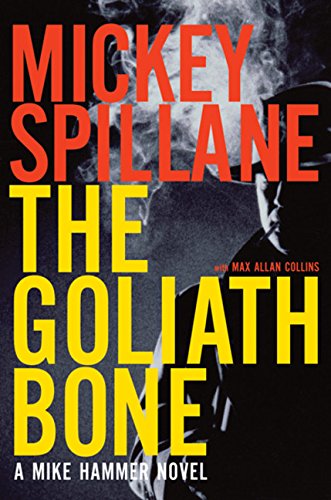 Tough guy PI Mike Hammer fighting terrorists in post-9/11 Manhattan? That's the improbable scenario developed by Hammer's creator, who introduced him in 1947's , and completed after Spillane's death in 2006 by Collins. Despite his advanced age, Hammer still carries an old army .45 and follows his own path to justice regardless of the opposition. In this last case, Hammer providentially rescues two young grad students from an assassin, discovers that they found and possess a giant human femur unearthed during a dig in the plain of Elah, where David slew Goliath, and undertakes to protect them and the bone from those who will do anything to acquire the treasure. Much of the jargon is vintage, as is the indomitable Hammer as he strives to protect the kids and prevent the Goliath bone from setting off the next big war. While not on a par with early Spillane classics, this is a fitting capstone to Hammer's career.