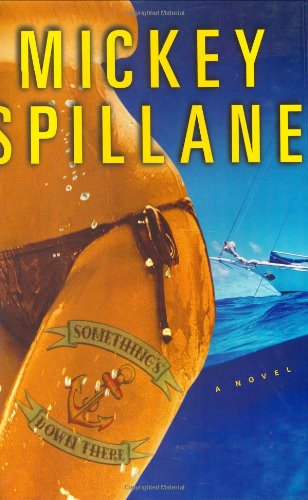 Eighty-five-year-old Spillane ( ; ; ) shows little evidence of advanced age in this entertaining island adventure featuring ex-spook Mako Hooker and his Carib fishing partner, Billy Bright. Mako, retired on remote Peolle Island, devotes himself to drinking Miller Lite, fishing and boating, but he soon learns what aficionados of spy fiction already know well: you never really retire from the Company. Trouble arises on several fronts: a malevolent leviathan of unknown species begins slashing huge chunks out of the bottoms of fishing boats, and still-functioning WWII-era mines from sunken ships appear on the surface of the ocean, prompting the U.S. government to send in a team of agents and re-activate Hooker. Also in on the fun is ex-mobster Tony Pallatzo, now known as Anthony Pell, the head of a movie unit determined to capture the sea-dwelling monster on film, and lovely agent Chana, an old enemy against whom Hooker still holds a grudge: "for a second he wished he had been packing his .45 and the piece was in his hand with the hammer back so he could turn and shoot her guts right out of her beautiful belly and it would finally be all over with for all time." In Spillane's world, men still call women and and refer to each other as and . True to his tough-guy heritage, Mako slays the dragon, finds himself a beautiful dame in the process and receives his just reward: "Muscles in her stomach rippled against his hands, saying quiet things that he could hardly believe." Classic Spillane.