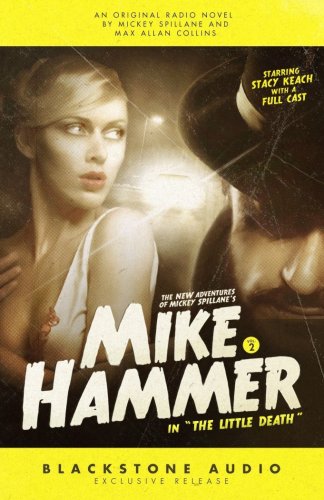 Beautifully produced, this fully realized original radio drama hits all the right notes for an exciting noir adventure. Stacy Keach, who has made PI Mike Hammer his own, provides just the right voice for the now iconic tough guy. Based on material developed by Spillane in the 1950s, the intricate plot revolves around Hammer's involvement with Helen Venn, the former girlfriend of the now deceased casino owner and mobster, Marty Wellman. Helen is on the run from the new mob boss, Carmen Rich, who figures she's holding $10 million of missing gambling money. Hammer and his best Gal Friday, Velda, leap in, with fists and bullets flying, to the young woman's aid, but, naturally, nothing is as simple as it first appears. Keach is letter perfect in his smooth, unflappable portrayal of Hammer, and he is supported by a talented group of actors. Superb sound design and jazz score (composed and performed by Keach) make this radio novel a great way to spend two hours.