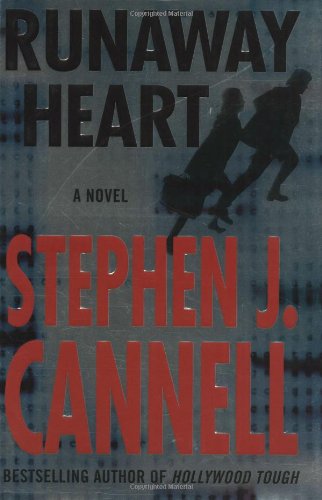 Cannell's second novel in six months (after ) is a cop thriller with a futuristic, sci-fi twist. 's heroes, LAPD officers Shane Scully and his wife, Alexa Hamilton, take a backseat to a new protagonist, fledgling PI Jack Wirta, a hard-nosed ex-cop (former partner of Scully) who left the force on disability. Irascible and jaded, Wirta has been hooked on Percocet since taking a bullet in the spine during a bank robbery shootout. He is called in to help the eccentric, crusading attorney Herman Strockmeyer, founder of the Institute for Planetary Justice. Strockmeyer has dedicated his professional life to pursuing corrupt corporations and various wings of the government. A houseguest of Barbra Streisand's in L.A., Strockmeyer is suing the USDA, EPA, FDA and others to get an injunction against planting genetically engineered corn, which threatens the Monarch butterfly population. When Strockmeyer's assistant hacks into the computer bank of Gen-A-Tech, a prime contractor in the genetic engineering of agricultural products, he uncovers something much more horrifying than dead butterflies: the Feds are creating a vicious manlike creature to replace human soldiers in combat. And when the assistant is murdered, Strockmeyer and his daughter look to Wirta to save the day. Cannell has a genius for creating memorable characters and quirky, gripping plots. Despite overwriting and jerky pacing, this is a fun read.