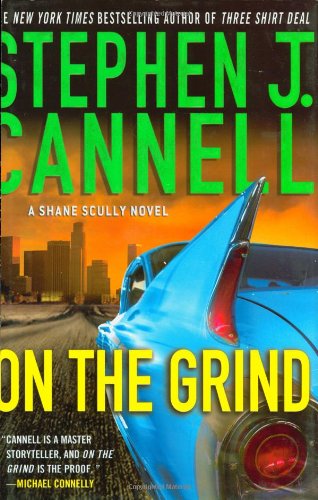 On the Grind: A Shane Scully Novel

In bestseller Cannell's implausible ninth Shane Scully crime thriller (after ), Scully is unceremoniously dismissed from the LAPD after striking a plea bargain to avoid prosecution for blackmailing a movie actress, Tiffany Roberts, who was seeking a hit man to off her unsavory husband. Outraged at reports that Scully slept with Roberts, Scully's wife, who's chief of detectives, throws him out. Eventually, the ex-cop lands an entry-level job in Haven Park, a city known for “the most corrupt police department in California.” Early on, a plot twist casts Scully's disgrace in a new light, but it might have packed more of a punch had it not been so telegraphed. The stakes rise after the detective's new colleagues on the Haven Park police force recruit him to hobble the political aspirations of a reform candidate for mayor. Unfortunately, this effort lacks the humor and realism that marked the author's acclaimed TV creations, such as and .