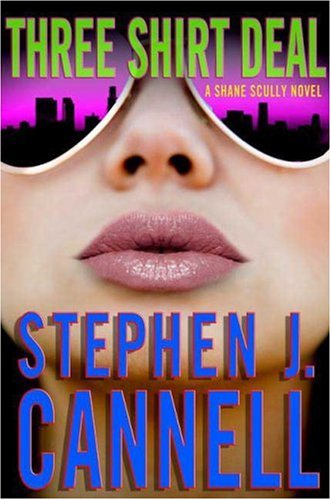 Cannell, creator of TV’s and , fails to translate his considerable narrative gifts into print in this seventh Shane Scully police thriller (after 2006’s ). LAPD detective Scully has been struggling in his personal life ever since his wife, Alexa, the department’s chief of the detective’s bureau, was shot in the head and developed erratic mood swings. Secada Llevar, a sexy investigating officer for internal affairs, corners Scully and demands his help in reopening a homicide; she believes Tru Hickman, convicted of killing his mother to support a meth habit, was railroaded by some corrupt cops, but she has been ordered by her superiors to drop her inquiry. Scully joins her probe and predictably uncovers high-level corruption, possibly connected with an impending mayoral election, while struggling with his attraction to Secada. The perils-of-Pauline ending is better suited for the small screen, and the numerous implausibilities may be too much for some readers.