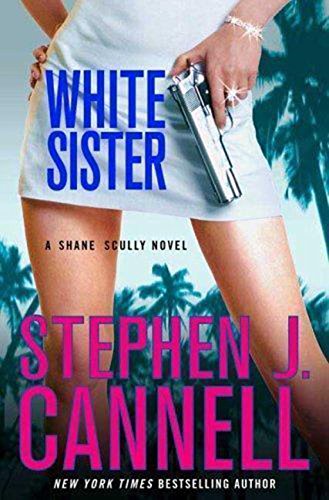 With his frenetic fifth Shane Scully novel, bestseller Cannell ( ) dishes out the action in forklift-sized servings. Casting aside the rules like never before, LAPD detective Scully conducts his own seek-and-destroy mission after his wife, fellow cop Alexa, is found shot in the head. As Alexa clings to life, Scully's efforts to track down her attacker lead him into the violent, vengeful world of rap music, lorded over by two of its most feared executives, Lou Maluga and his wife, Stacy, known in the trade as "the white sister." Without pause to sleep or eat, Scully fights and claws his way along, burning friends, violating laws, using his charm as well as his fists before coming face to face with his enemy in Las Vegas. Cannell's hard-boiled, if at times over-rehearsed prose is well suited to his subject matter, though some readers may have trouble with his hero's tendency to suddenly shift character from tough guy to touchy-feely 21st-century man.