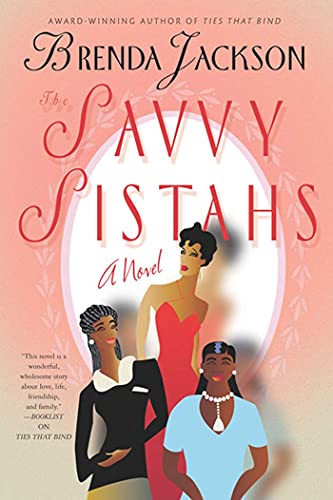 Three Orlando, Fla., women form a friendship club for spiritual inspiration and professional support in this earnest, plodding novel by Jackson ( , etc.). Amber Stuart, Brandy Bennett and Carla Osborne, otherwise known as the ABCs, have been meeting regularly for a year, holding "sistah-circle" gatherings where they share wine and secrets. They have plenty in common: all three are successful businesswomen and all have been done wrong by men. Brandy, owner of a "very prestigious hotel," discovered on the eve of her wedding that her husband-to-be was sleeping with her best friend; she went through with the ceremony, but then showed the incriminating video at the reception. Now someone is stalking her at work, and she must live in close quarters with a hunky ex-FBI agent while he tries to get to the bottom of the mystery. Amber, a bookstore owner, left her husband three years ago after she found him in bed with another woman. Since then she has thrown herself into her work, but when one of her customers—a handsome tax attorney—passes out on the premises, she devotes herself to nursing him back to health. Carla, computer company CEO, is a single mother as the result of a disastrous one-night stand. When her son's father discovers that he has a child, she is willing to let him into her life, but reluctant to let him back into her heart. Jackson's characters are credibly flawed and endearing, but stiff exposition ("Tonight was a time to not only celebrate their success, but also to embrace their growth as women who were finally able to put to rest their deep emotional pain") and canned sentiment make this a lackluster effort.