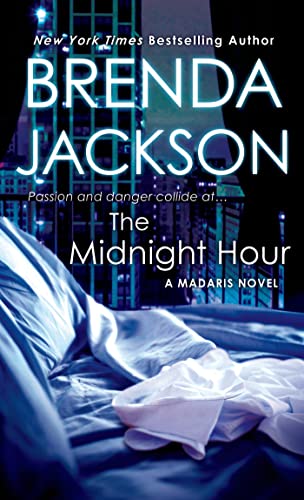 With this taut, over-the-top romantic thriller, Jackson revisits her popular Madaris Family and Friends series ( , etc.). For five years, ex-Marine turned CIA agent Sir Drake Warren has been haunted by recollections of his former fiancée, fellow Marine Sandy Carroll, who was killed in an explosion during a mission in Haiti. The only thing that has kept Drake going is his desire to annihilate Solomon Cross, the psychopathic drug lord who orchestrated Sandy's death. When Drake is paired with beautiful CIA agent Tori Green on an assignment to rescue the President's niece from kidnappers, he finally begins to heal. Although he notices eerie similarities between his new love interest and Sandy, he never suspects that the two women are one and the same. This plot twist is more than a little far-fetched, but Jackson smoothly alternates between several points of view and throws in a number of plot twists. Although readers new to this series may be daunted by the complexity of the family trees detailed in the first few pages, Jackson's knack for creating characters with emotional depth and distinct voices helps readers untangle the relationships in this tension-packed read.