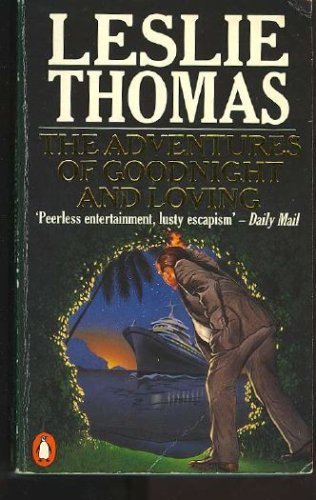 At 43, George Goodnight, lawyer for a London newspaper, is sick of his boring, structured life, so when his wife files for divorce he jettisons orderly routine for aimless travel. In Thomas's hands, Goodnight's round-the-world romp is delightful, touching, unpredictable, utterly engaging, at times hilarious. Selling his stamp collection piecemeal to fund his exploits, and calling himself Oliver Loving (after a famed New Mexico frontiersman), Goodnight has dozens of adventures, in settings ranging from the Australian outback to a Fort Worth mansion (where he becomes an English butler and cuckolds the owner); he escapes an Arab sheikdom, inadvertently smuggles drugs, runs a Filipino leper colony, tracks down a missing girl, befriends a blind youth. Through it all he is the perfect, unflappable Englishman, bemused, skeptical, calm, somewhat cynical, resisting his newspaperman boss who tracks him down in an effort to turn his trip into good copy. A real page-turner from a popular British author ( The Virgin Soldiers ), this episodic globe-hopping picaresque saga is also a serious, first-class novel. (Aug.)
close
Details