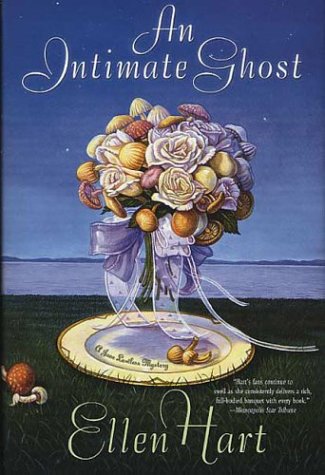 An urgent message summons Jane Lawless to an unexpected psychedelic spectacle—the entire wedding party of a schoolteacher acquaintance tripping out—in Lambda Award–winner Hart's 11th assured mystery (after 2001's ) to feature the Minnesota restaurateur and sometime sleuth. Someone has slipped a hallucinogenic mickey into Jane's catering staff's delectable comestibles, causing much embarrassment, litigation and one life-threatening injury when the groom leaps into an empty swimming pool. The poignant history of the groom's father, Alden Clifford, provides the ballast for this richly layered narrative, in which the suspense builds as the author slowly reveals the defining moment that overshadows all Alden's subsequent actions. Jane's longtime sidekick and co-investigator, Cordelia Thorn, is as diverting as ever, while the romantic atmosphere of Jane's Lyme House restaurant and the piquant offerings on the upscale menu will delight fans of culinary cozies. Touches of humor offset the heartfelt woe. Incorporating societal ills torn from the headlines, Hart bares the weaknesses in her well-realized characters as well as their strengths. Despite a plot refreshingly short on guns and gore, the tension is palpable in this spunky page-turner.

Death on a Silver Platter