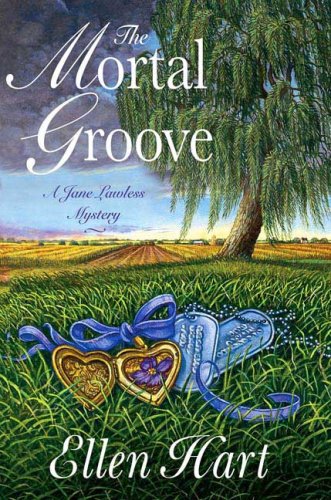 Hart's engrossing 15th mystery to feature lesbian restaurateur Jane Lawless (after 2006's ) will make excellent election-year reading. When Jane's father, Ray, is drafted to run for governor of Minnesota, the whole family gets involved in the race. Ray's chances look good until a fearless reporter, Melanie Gunderson, who happens to be in Jane's social circle, begins sniffing around a decades-old unsolved murder that might involve several of Ray's key staffers and financial backers. When Melanie is brutally attacked, Jane decides to solve the cold case herself. Her search takes her to smalltown Iowa and draws her into a debate about patriotism and military service that, although ostensibly about Vietnam, has contemporary resonance. The book isn't flawless; Hart gratuitously puts her own name on a list of queer lit authors, and Jane's long-distance lover, Kenzie, deserves a bigger role. Still, those are minor quibbles with an otherwise fun whodunit.