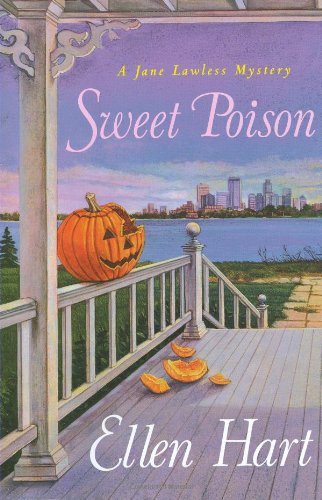 In the juicy 16th Jane Lawless mystery (after 2007’s ), the lesbian restaurateur worries about her father Ray’s upcoming bid for governor of Minnesota. Corey Hodge, a convicted rapist Ray once defended in court, has just been released from prison. Nursing a grudge, he volunteers at Ray’s campaign headquarters until his identity is exposed. Life gets more intense after Corey becomes a suspect in the murder of one of Ray’s top volunteers, Charity Miller. Charity was being stalked by her ex-boyfriend, who may have committed a hate crime against a gay United Methodist minister involved with a male campaign worker. Also causing Jane concern is the unexpected return from Africa of her ex-lover, Dr. Julia Martinsen. Julia plots to reignite her relationship with Jane, who’s involved in a troubled long-distance relationship with Kenzie, a Nebraska professor. Hart fans will enjoy the many twists, both personal and criminal.