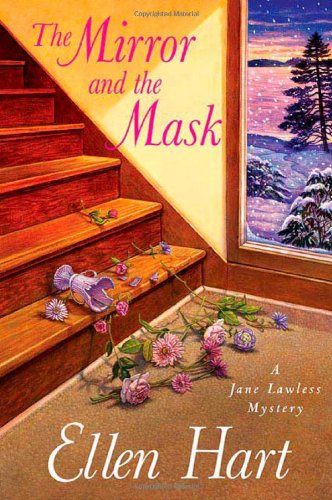 The Mirror and the Mask: A Jane Lawless Mystery

Lonely Jane Lawless never seems to catch a break in the love department, as shown by Hart's twisty 17th whodunit to feature the Minneapolis restaurateur and part-time PI (after 2008's ). Jane gives a temporary job to bartender Annie Andrews, who's come from Colorado in search of her stepfather, John Archer, whom Annie blames for her mother's death years before. Jane, who's attracted to the bisexual Annie, discovers that John has changed his name to Jack Bowman, who owns DreamScape Builders in the Twin Cities. The mystery deepens after Susan, Jack's second wife, is found murdered by a blow to the head by Susan's depressed son, Curt, who's also attracted to Annie. Jane and her best friend, Cordelia Thorne, begin investigating Annie's troubled past. As Annie's search for answers hurtles to a close, the tragic deceptions concocted by John/Jack explode in a grand finale with disturbing consequences.