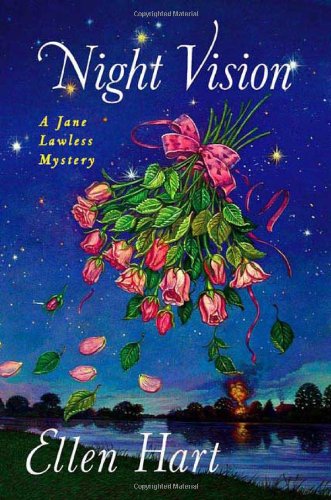 At the start of Hart's entertaining, unpredictable 14th mystery to feature lesbian restaurateur and amateur sleuth Jane Lawless (after 2005's ), movie star Joanna Kasimir returns home to Minnesota to perform in a production of at her friend Cordelia Thorn's St. Paul theater. As it turns out, Joanna has a lot to be afraid of—her ex-husband, Gordon, who once served prison time for stalking her, may be back to his old tricks. Joanna enlists her old chum Jane to tail Gordon. Meanwhile, Jane's best friend, David—who happens to be Joanna's brother—shows up in the Twin Cities carrying secrets that he's afraid to reveal even to Jane. When Gordon turns up dead, David looks like the most plausible suspect. In fact, any number of Joanna's adoring fans might have bumped off her stalker. Hopefully, Jane's long-distance relationship with girlfriend Kenzie, who's mostly offstage, will receive more attention in the next installment.