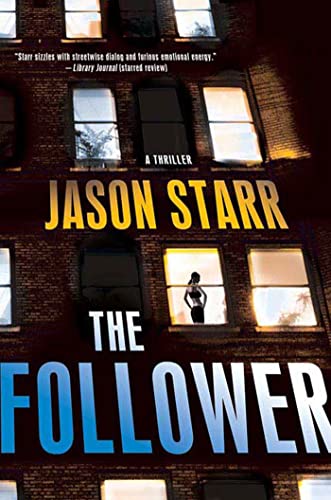 Murder stalks a love triangle in New York City in Starr's low-key thriller, his most crowd-pleasing novel to date. Katie Porter believes her encounter at the health club with Peter Wells is total chance. What she doesn't know is that Peter once dated her sister back in her hometown and has elaborate plans to marry her, after waiting a couple of weeks for the perfect romantic moment to pop the question. And she doesn't have a clue that her current boyfriend, Andy Barnett, is ready to dump her. A “twenty-three-year-old single guy in Manhattan,” Andy is a male animal on the prowl, checking out all the action: “The clothes were loose, but it looked like she had a nice body—thin anyway, which was all that really mattered.” Starr ( ) is a master at capturing the minute-by-minute lives of vacuous yuppies, and he absolutely shines with these characters. When Peter decides he needs to eliminate the competition, this suddenly becomes a very funny, dark social satire.