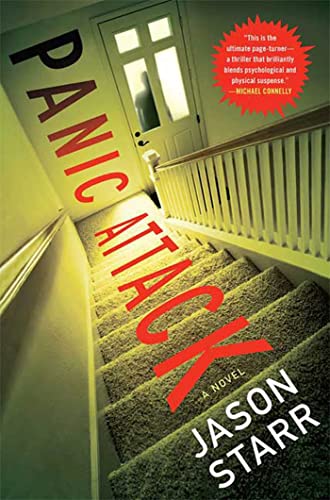 A bungled burglary sparks Starr’s darkly humorous crime thriller. Carlos Sanchez wasn’t expecting anyone to be home, much less have an entire clip emptied into him as he reached the top of the stairs of the brownstone he breaks into in Forest Hills Gardens, Queens. The gun-wielding psychologist, Adam Bloom, is almost equally surprised—instead of being hailed as a hero for defending his wife and daughter in his own home, the media vilify him as a crazed vigilante for using all 10 bullets. Even worse, the sociopathic Johnny Long, going along with his pal Carlos for an easy score, decides to make the Blooms pay in more blood for the incident after he escapes into the night. Targeting the wife and daughter, the vainly handsome Long may be a delicious bit of self-parody by the photogenic author, who remains unexcelled in portraying self-involved New Yorkers. Funny and suspenseful, this novel is Starr delightfully at the top of his game.