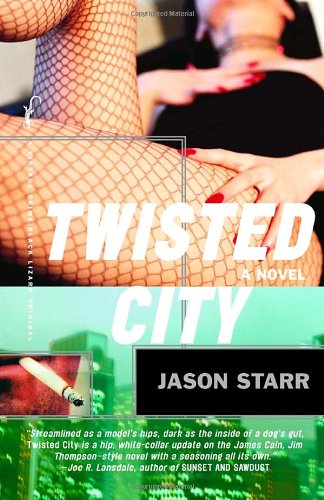 After fumbling a casual pickup in a bar, financial journalist David Miller realizes his wallet has been lifted, and he quickly descends into Manhattan's underbelly in Starr's sinister black comedy. Life has been rough lately: deeply depressed after the death of his beloved sister, David lost his job with the . He hates his new job and despises his younger live-in girlfriend, who seems more and more psychotic every day. But that was yesterday—today he's negotiating in a sweltering closed-in room in an Alphabet City tenement with a junkie hooker who claims she "found" his wallet. David knows she must be in on the sting, and the wallet isn't that important except for his favorite picture of his sister he keeps in it. But from facing mere extortion, it takes only a few hours for the reporter to find himself vertiginously plunged into murder and blackmail. Starr ( ), an heir of the bleakly noir mantle of Jim Thompson, is a master at portraying New York as a city of the damned. In David he gives his ever-expanding cult readership a normal guy, calmly accepting a ticket to hell, where an ending worthy of Charles Willeford at his most absurd awaits him.