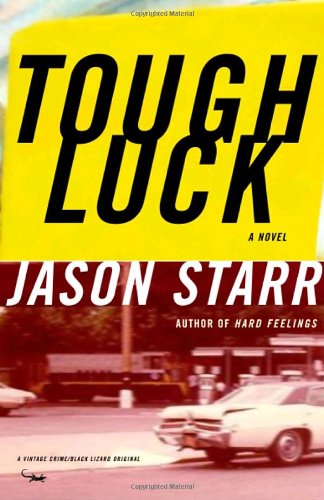 Mickey Prada is a quiet, unassuming teenager working in a fish market and living in Brooklyn, but by the end of this merciless, action-packed black comedy, he might as well be living in hell. Starr (; ) delivers a wild ride through a mob-saturated Italian-American community in 1980s New York, keeping the surprises coming up to the last sentence. A new customer, Angelo Santoro, asks Mickey to place a few sports bets for him. Santoro seems to be a Made Guy, so Mickey doesn't feel he can refuse. But Santoro never makes good on his losses. As Mickey quickly plunges into debt, he grows desperate for a way out, even agreeing to go in on a house robbery with his pal Chris and some guys from his bowling team. From that point on, his downward slide is steep and seemingly unstoppable. A couple of dates with Rhonda, one of the first girls he likes who actually seems to like him back, provide a spell of relief, only to become another torment when her father tells Mickey to stop coming around. The neighborhoods and OTB parlors and other fixtures of the local scene are captured perfectly, and the manic back-and-forth between Mickey and his friends is hilarious. Starr moves deftly through his milieu, twisting expectations and producing a grim comedy, something that may surprise—but shouldn't disappoint—those who know him for his earlier, more straightforward Jim Thompson–style lowlife crime novels.