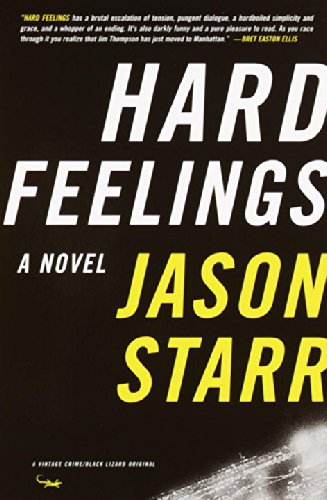 Computer systems salesman Richie Segal knows things are bad, but he has no clue how bad they can get in this effectively bleak successor to the noir tradition of Jim Thompson and David Goodis. Problems with his job, problems with his marriage suddenly seem of no consequence when he encounters his childhood neighbor, Michael Rudnick, walking down the street in New York. The sighting of Rudnick, now a prosperous lawyer, triggers a flood of repressed memories that begin to haunt Richie in every aspect of his life. What did Rudnick do to him in the basement rec room when he was just a kid? And what should he do to Rudnick now? Starr (; ) does a fine job nailing down his cast of vacuous yuppies, digital-age counterparts to the unsympathetic characters populating the paperback original novels of the 1950s. While Starr works his material well, wedding a modern understanding of repressed memories to a doomful noir scenario, as well as escalating the action with a consistent hand, he never manages a brilliant Thompsonesque leap completely over the top—the angle that made Thompson such fun. Still, those looking for an uplifting read will find themselves trapped like rats between the wrong set of covers, as fans of noir bump into another author who can bring them down and cut loose with a savage kick to the ribs.