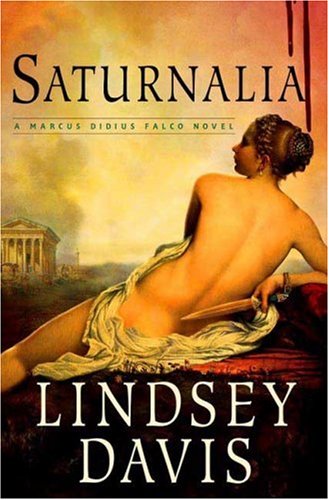 As the festive holiday of Saturnalia approaches in Davis's well-crafted 18th Roman historical (after 2006's ), informer Marcus Didius Falco receives an imperial commission from Emperor Vespasian to solve the murder of nobleman Sextus Gratianus Scaeva. The victim's brother-in-law was holding a valued captive, Veleda, a female German rebel leader who had caused plenty of problems for the Roman Empire. She somehow escaped at the same time the crime occurred, becoming the prime suspect in the process. Unconvinced that the mystery can be wrapped up neatly with the capture of the fugitive, Falco, aided as always by his astute and independent wife, Helena Justina, pursues other leads even as he hopes to find Veleda and prevent further political turmoil. The occasional anachronistic colloquial phrase jars a bit, but overall Davis does her usual sound job of bringing first-century Rome to life.