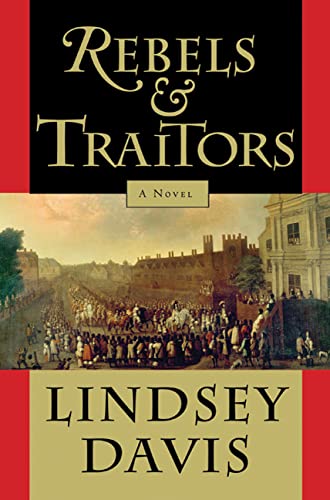 Bestseller Davis ( ) takes a break from her popular Roman historical mysteries with this sprawling epic of the English civil war. Alas, after the brief, moving prologue, which vividly depicts the final hours of Charles Stuart before his execution in 1649, the novel never again attains that narrative height. The action shifts to 1634, laying the groundwork for the conflict that culminated in the royal beheading and continues through the downfall of Oliver Cromwell’s Protectorate in 1657 before a pat ending. Much of the action is seen through the eyes of a resourceful survivor, Gideon Jukes, a printer who ends up becoming a musketeer in one of the London Trained Bands, fighting for the Parliament against the king’s men. Efforts to humanize the conflict by providing the bookish Jukes with a love interest don’t amount to much. Still, the author does a good job of showing the changing role of print in the political struggles.