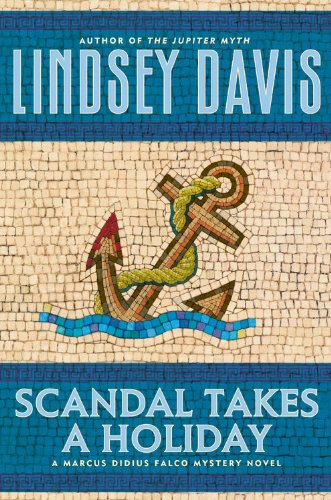 The Rome of Vespasian and Titus comes to life in Davis's entertaining 16th entry in her popular ancient historical series (after 2003's ) featuring "finder" Marcus Didius Falco. The staff of the official government newspaper retains Falco when Diocles, the paper's gossip columnist, disappears while on a visit to Ostia. At the seaport, a cesspool of corruption, Falco follows up on rumors that pirates, supposedly put out of business by Pompey the Great decades earlier, are engaged in smuggling and a kidnapping racket. Utilizing his street smarts and well-earned cynical view of humanity, Falco moves in and out of dives and places of worship on the trail of a mysterious figure who acts as the middleman between the kidnappers and the victims' families. Disturbingly, some of the clues point to one of the detective's disreputable relatives. Longtime fans will enjoy the additional background on Falco's family, but first-timers, aided by a family tree and an introductory cast of characters, will be able to plunge right in. Unlike Steven Saylor in his Roma Sub Rosa series, Davis makes less use of the history of the time. While her deliberately modern colloquialisms ("Go with the flow, man," Falco is told) take a little getting use to, they help maintain the light arch tone that also distinguishes these fun novels from Saylor's more serious tales.