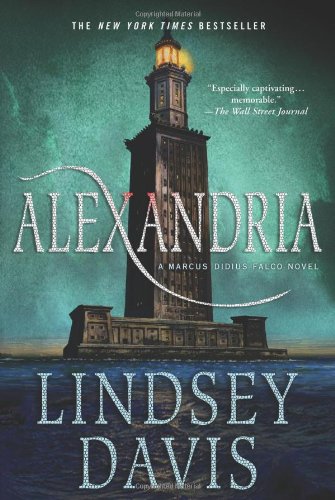 A locked-room murder provides Marcus Didius Falco with an intriguing challenge in Davis's 19th novel to feature the first-century Roman sleuth (after 2007's ). In the spring of A.D. 77, while on vacation with his family in Alexandria, Egypt, Falco is stunned to get word that Theon, the Great Library's head librarian, with whom he just dined, has been found dead with neither marks of violence on the body nor evidence of how the killer got away from the scene of the crime. Falco probes the academic politics surrounding the Great Library to determine whether one of Theon's potential successors was the culprit. Other deaths follow, including that of a philosophy student, mauled by a crocodile that escaped from the local zoo. While the impossible crime's solution may disappoint some readers, the twisty plot with its various false leads and the author's plausible depiction of ancient Alexandria make this one of the stronger entries in this solid historical series.