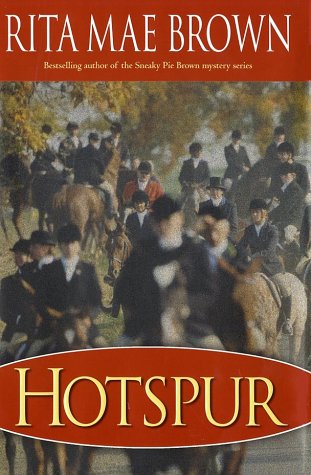 Tally-ho! From bestseller Brown ( and many other delicious books) comes a dashing and vibrant novel that revolves around foxhunting. The rolling hills of central Virginia are home to the Jefferson Hunt—and to scores of sly foxes, red, black and gray. When 34-year-old Peppermint dies peacefully of natural causes, the grave dug for the beloved horse uncovers the skeleton of Nola Bancroft, identifiable by her ring, the Hapsburg sapphire. The ravishing Nola disappeared without a trace from Sorrel Burrus's party 21 years earlier, leaving behind a shocked and, eventually, mourning father and mother, Edward and Tedi, and a sister, Sibyl. Many members of the hunt thought she'd eloped with handsome (but socially inferior) Guy Ramy, the sheriff's son, who went missing at the same time. Seventy-one-year-old Master of the Hunt Jane "Sister" Arnold soon finds herself searching for human prey as well as foxes. The author portrays the hunt family with such warmth and luxury of detail, one feels a friendship with each and every character, animals included. The reader will romp through the book like a hunter on a thoroughbred, never stopping for a meal or a night's sleep. A glossary of useful terms will aid those who've never ridden to the hounds.

Catch as Cat Can