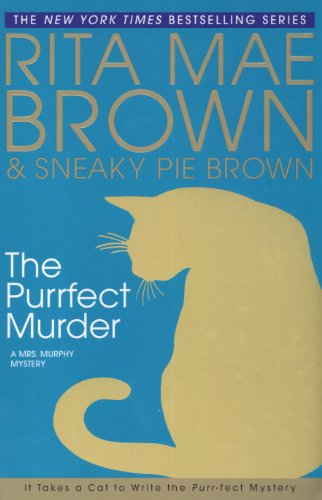 At the start of bestseller Brown’s uneven 15th Mrs. Murphy Mystery (after 2007’s ), Mary Minor “Harry” Haristeen, the former postmistress of Crozet, Va., is saddened to hear that a local ob-gyn has been killed—either by a resentful friend, who thought the doc had once slept with his wife, or by prolife fanatics who were angered by his willingness to perform abortions. Next, a wealthy middle-aged woman is murdered at a fund-raiser. Harry’s friend Tazio Chappars appears to be the most likely suspect, but Harry is sure of Tazio’s innocence and begins to wonder if the two deaths are connected. Character development is frustratingly thin, and rather than exploiting the rich Virginia setting, Brown’s local color extends only to superficial clichés (wealthy Virginia women wear understated jewelry, and the ladies with the flashiest gems are tacky new money). Harry’s three pets, who pop up having testy, italicized conversations, are generally a distraction, not integral to the novel. Still, the well-paced plot builds to an unpredictable and complex conclusion.