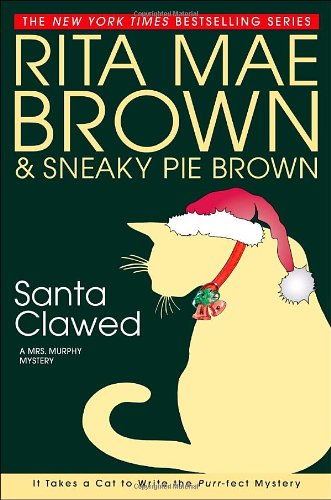 Murder casts a shadow over the yuletide cheer in bestseller Brown’s 17th Mrs. Murphy mystery (after ) to feature Mary Minor “Harry” Haristeen, former postmistress of Crozet, Va. On a visit to the Brothers of Love Christmas tree farm, Harry, her husband and their animal friends are dismayed to stumble on a murdered monk. Someone has cut the throat of Christopher Hewitt, a former insider trader, and placed a Greek coin, an obol, under his tongue (in Greek mythology an obol ensures safe passage to the underworld). Deputy Cynthia Cooper and sheriff Rick Shaw’s investigation grows to include the similar murder of Brother Speed, a former jockey. Who’s targeting the monks? Next, Harry’s almost killed after her wily pets alert her to money hidden on her land. Figuring out whodunit leads the Haristeens and the authorities to a double-edged discovery regarding the root of all evil that fans of the furry detectives and their two-legged pals will appreciate.