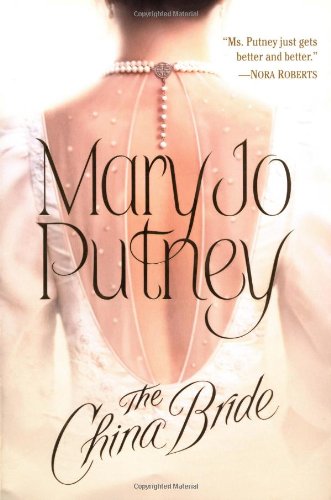 Nineteenth-century China, England and Scotland are the settings for Putney's continuing saga of the Renbourne twins, Dominic and Kyle, begun in The Wild Child. There, Kyle handed over his unwanted betrothed, Meriel (a match arranged at birth), to his twin brother, Dominic, and escaped to Spain with his terminally ill mistress, Constancia. Ever since his true love's death, Kyle has been exploring the world. In 1832, he is in Macao. His father's health is failing, however, and Kyle plans to fulfill his lifelong dream of seeing the Temple of Hoshan, ""an image of peace and unearthly beauty,"" then return to England to resume his duties as Lord Maxwell. Unfortunately, China is closed to all Fan-qui (foreigners) and Kyle must stay within the confines of the Canton Settlement, a narrow strip of warehouses serving as shipping point for all European and American trade companies. In order to sneak into the Chinese countryside, Kyle enlists the aid of Jin Kang, who he thinks is a young male Chinese interpreter. Jin is actually Troth Mei-Lian Montgomery, feisty daughter of a Scottish trader and Chinese concubine, who is forced to make her living by spying on ""foreign devils."" Kyle's rash escapade is predictably unsuccessful, as he is discovered and sentenced to death. He marries Troth (symbolically) and dispatches her to England to tell his family of his fate--which, of course, turns out to be different from what she imagines. In chapters alternating between Troth's experiences in England and flashbacks to her adventures with Kyle in China, Putney contrives an awkward tale, dependant for its drama on Kyle's belief that he can never love again, and on Troth's fear of rejection by Kyle's family. Though the conflict rarely grips, the sex scenes are adequately steamy, and Putney provides plenty of atmospheric details. (Aug.)
close
Details