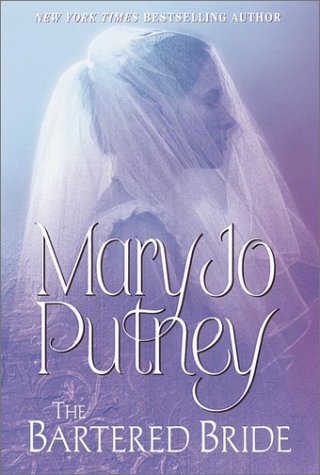 This final volume in a popular trilogy (; ) is a rich and realistic 19th-century historical romance. Gavin Elliott, captain of his trading company's flagship, has been traveling the East Indies since the death of his young wife and infant daughter. Alexandra Warren, too, is widowed; soon after she and her daughter leave Australia for England, their ship is taken by Malaysian pirates and she is abducted. When Gavin visits Malaysia as the guest of a local sultan, he sees Alexandra on the block at a slave auction. As soon as he sets eyes on the indomitable Englishwoman, their fates are united. After a series of trials (including wrestling a giant lizard), Gavin is allowed to bring Alexandra back to England, but their worst problems are not yet behind them. Putney knows how to create characters attractive enough to enchant readers without being too good to be true. Gavin is gallant and romantic—he risks his life for a woman he doesn't know, marries her to protect her reputation and understands her physical reticence after her traumatic experience—but he is not without doubts and desires. Alexandra, for her part, believes that Gavin helps her out of chivalry, but she is too gracious and too aware of her position to reject his aid. Both characters have vivid inner lives and thoroughly imagined personalities. Their union is inevitable—this a romance novel—but their journey from strangers to spouses to true lovers is utterly authentic.