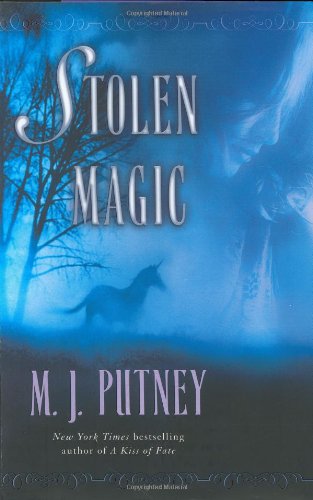 In bestseller Putney's spellbinding second romantic fantasy (after 2004's ), Earl of Falconer, Simon Malmain, chief enforcer of the Guardian Council, which oversees the use of magic in 18th-century Britain, has been turned into a unicorn by Lord Drayton, a renegade mage whom Simon charges with encouraging the Jacobite uprising; only a virgin can transform Simon back into human form. Luckily for Simon, animal-loving "Mad Meggie," Drayton's "servant," succeeds in doing so, while Simon breaks the spell that's kept Meg in the dark sorcerer's thrall. Allied in a "pretend" marriage, the pair pool their unusual talents in an effort to ruin Lord Drayton's plan to prevent the Industrial Age from revolutionizing England. Putney's skill as a historical romance novelist serves her well in the depiction of London and the subplot featuring a gifted developer of the steam engine. The love that grows between Simon and Meg, though pretty standard fare, includes some wonderfully steamy moments. While the final battle between good and evil offers few surprises, it's still entertaining enough to raise anticipation for the next installment.