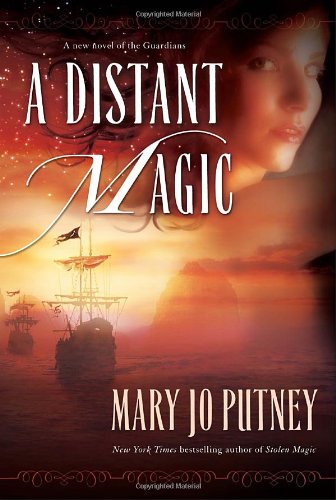 ear the start of this diverting romantic fantasy set in 1753, the third Guardians novel from bestseller Putney (after 2005’s ), Nikolai Gregorio, a handsome pirate captain operating in the Mediterranean, kidnaps pretty red-haired Jean Macrae, a member of the Scottish branch of the Guardians (humans with magical powers derived from nature), in revenge for a wrong he thinks her father did him 20 years earlier. A decent sort who possesses limited magical powers, Nikolai is dedicated to fighting the evil of slavery by freeing galley slaves. He even sets up an island refuge for them. After Adia Adams, a freed slave, travels back in time from 1787 London, the pirate and the fiery Scotswoman find themselves on a dangerous magical mission to strengthen the fledgling abolitionist movement. The mix of magic, time travel, history, adventure, romance and social consciousness will delight series fans, but may strike some readers as an incongruous blend.