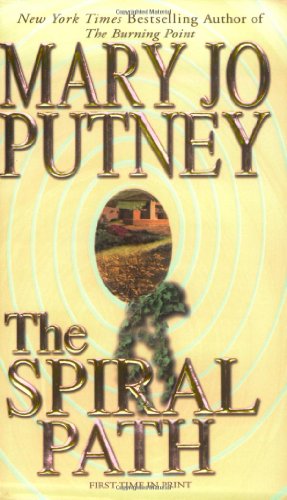 The shooting of a film forces a divorcing couple to confront their conflicts in historical author Putney's second contemporary romance (following ). Actress Raine Marlowe needs her estranged husband, action hero Kenzie Scott, to star in her directorial debut in order to secure financing. Although he never believed he could sustain a marriage, he still loves Raine and agrees without reading the script. Too late, Kenzie discovers that his role touches on his darkest secrets, and that playing it may tear apart his fragile emotional stability. Raine, too, has unresolved issues from a troubled childhood, and her directorial challenges are further complicated when her leading actress bows out at the last moment. The couple's fire and ice relationship is put to the test when she takes over the costarring role. Meanwhile, a vicious tabloid reporter launches a public campaign to uncover the past Kenzie has gone to great lengths to conceal. Putney handles her potentially melodramatic material with emotional honesty and insight while maintaining the taut romantic tension between her richly developed, complicated protagonists. Although many of the plot developments are predictable, including a denouement that borders on the saccharine, readers caught up in the spiraling developments won't mind.