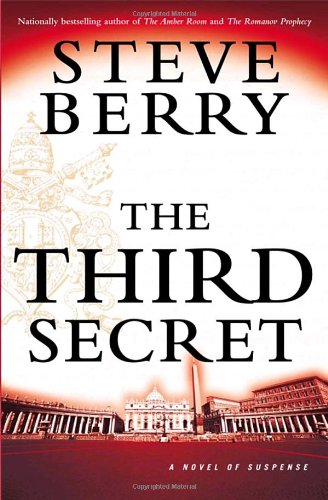 Visions of the Virgin Mary, secret documents and politicking in the highest echelons of the Catholic Church—Berry ( ) combines combustive elements in this well-researched thriller. In 1917, the Virgin Mary revealed herself to three children in Fatima, Portugal, disclosing three secrets to the eldest, Lucia, who shared the first two secrets soon after their revelation but left the last to be disclosed upon her death. This third secret was released to Pope John XXIII in 1960 and made public by Pope John Paul II in 2000... or was it? The novel's stolid protagonist—Msgr. Colin Michener, longtime secretary to Clement XV, the novel's near-future successor to John Paul II—has reason to doubt the accuracy of the public version of the secret. Beleaguered by radically dogmatic cardinals and bishops, the embattled Clement XV also appears distressed by recent knowledge of secret documents regarding the Fatima messages. Before his inexplicable suicide, Clement sends Michener to Romania in search of a Father Tibor, who translated the third secret for Pope John XXIII and may hold the key to its mystery. Also on the case, if a step behind, is the ambitious and traditionalist Vatican secretary of state, Cardinal Valendrea, with an eye on the papal throne. fans hungry for more may want a taste of this.