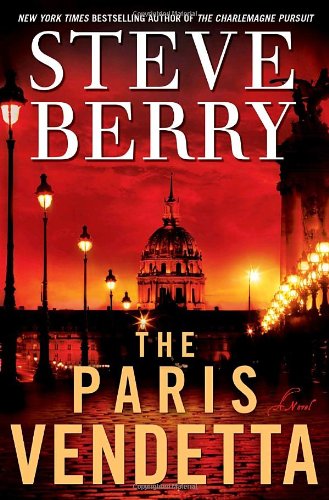 Bestseller Berry deftly blends contemporary suspense and historical mystery in his fifth novel to feature former U.S. Justice Department operative Cotton Malone (after ). Danish billionaire Henrik Thorvaldsen, a friend of Malone's, has become consumed with finding out who masterminded the slaughter outside a Mexico City courthouse two years earlier that killed seven people, including his young diplomat son. Once he learns that a wealthy British aristocrat was behind the outrage, Thorvaldsen gets entangled in a conspiracy that involves an elite group of ruthless financial experts planning to destabilize the global economy, a terrorist plot to destroy a European landmark, and a legendary cache hidden by Napoleon. Malone soon finds himself in a desperate struggle to save not only Thorvaldsen's life but the lives of countless innocents as well. While the plot takes a few predictable turns, this well-crafted thriller also offers plenty of surprises.