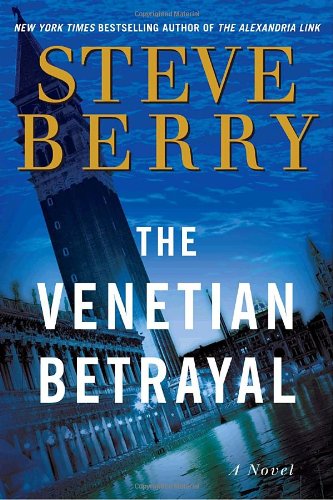 In bestseller Berry's predictable third novel to feature Cotton Malone (after and ), Malone takes on another villain bent on world domination, Irina Zovastina, supreme minister of the Central Asian Federation, who's plotting to use a bioweapon to destroy Iran, Pakistan and Afghanistan. Malone races around the globe trying to find the means to foil the minister, aided by longtime allies Cassiopeia Vitt, an enigmatic and deadly operative, and his former Justice Department boss, Stephanie Nelle. The answer may lie buried with Alexander the Great's remains. Both the good and the bad guys let their opponents live in circumstances that make no sense except to prolong the plot, and the genuine mysteries surrounding the death of Alexander the Great receive short shrift. Despite some pedestrian prose (“He shook his head. Choices. Everybody made them”), this international yarn, full of shoot-outs and explosions, won't disappoint fans of Berry's previous action-packed thrillers.