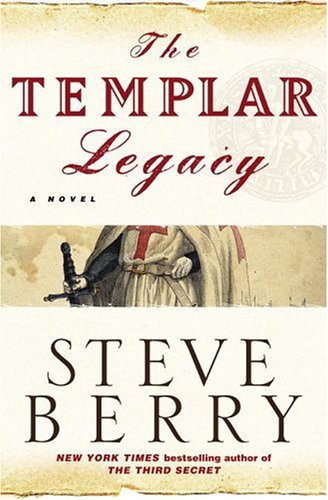 Berry goes gnostic in this well-tooled -knockoff, his fourth novel ( ). Ex-U.S. Justice Department agent Cotton Malone is intrigued when he sees a purse snatcher fling himself from a Copenhagen tower to avoid capture, slitting his own throat on the way down for good measure. Further snooping introduces him to the medieval religious order of the Knights Templar and the fervid subculture searching for the Great Devise, an ancient Templar archive that supposedly disproves the Resurrection and demolishes traditional Christian dogma. The trail leads to a French village replete with arcane clues to the archive's whereabouts, and to an oddball cast of scholar-sleuths, including Cassiopeia Vitt, a rich Muslim woman whose special-ops chops rival Malone's. Malone and company puzzle over the usual -inspired anagrams, dead language inscriptions and art symbolism, debate inconsistencies in the Gospels and regale each other with Templar lore, periodically interrupting their colloquia for running gun battles with latter-day Templar Master Raymond de Roquefort and his pistol-packing monks. The novel's overcomplicated conspiracies and esoteric brainteasers can get tedious, and the various religious motivations make little sense. (Thankfully, the author soft-pedals the genre's anti-Catholicism.) But lively characters and action set pieces make this a more readable, if no more plausible, version of the typical gnostic occult thriller.