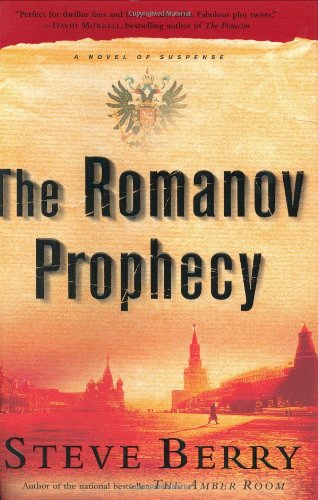 With this second Russian suspense novel, which focuses on the restoration of the Romanov dynasty, Berry shows he's honed his craft since his somewhat shaky debut, (2003). Miles Lord, a workaholic African-American lawyer from Atlanta, is in Moscow to help Stefan Baklanov, the Romanov claimant his high-powered firm is backing. Since the new tsar will reign as an autocrat like his ancestors, both big rubles and big bucks are at stake—not to mention access to nuclear weapons. Lord soon discerns that Baklanov is corrupt, a tool of the . While digging through old files on the Russian Revolution, Lord comes to believe Baklanov is the "raven" Rasputin predicted would help save the royal house in 1916. Teaming with a beautiful acrobat, Akilina Petrov of the Moscow Circus, Lord attempts to discover whether any children of Nicholas II escaped Lenin's executioners. A series of exotic clues propel the pair on an international scavenger hunt. Berry uses Russia—past and present—to excellent effect and makes sharp observations about the contemporary Russian scene, such as the racism Lord encounters throughout the country. The book's villain needs a bit more development, but this doesn't detract much from a solid tale a cut above—and then some—many thrillers on the market.