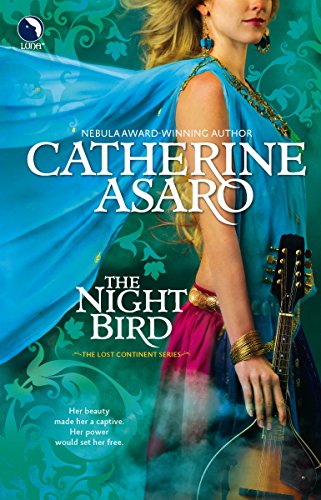 Nebula-winner Asaro gives her tried-and-true romance formula another run in the passionate fifth installment of the Lost Continent series (after 2007's ). Beautiful young novice mage Allegra, abducted from her homeland by violent desert raiders intent on selling her into slavery, desperately plots her escape from the male-dominated Jazid culture, where women are legally animals, but finds herself irresistibly drawn to her handsome owner, the renegade prince regent Markus Onyx. Her unusual mage skills may gain her freedom, but the intense bond between her and Markus could give her the political power to change their lands forever. Asaro offers intriguing glimpses into Jazid society amid the sweaty bedsheets and intense machinations over treaties and wars. Though reminiscent of her earlier works and a bit heavy on the stereotypes, this rousing adventure of forbidden love, daredevil exploits and magic will captivate readers who like a little fantasy and politics in their romance.