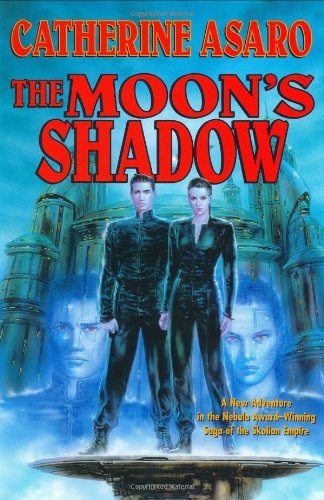 This mesmerizing, passionate novel—the eighth in Nebula Award–winner Asaro's () series about the Skolian interstellar empire—focuses mainly on Skolia's rival, Eube, whose rulers are addicted to the suffering of empathic slaves. Teenaged Jai Rockworth, successful claimant to the Eubian throne but also a disguised empath, wants to create a healthy peace between the warring powers, but his inexperience trips him into one crisis after another. Also, his secret is suspected by the coldblooded Corbal Xir, "one of the most feared men in settled space," and Tarquine Iquar, brilliant but unscrupulous Finance Minister, whom Jai selects as his empress. Corbal and Tarquine want to manipulate Jai; other Eubians just want to assassinate him. The Skolians, meanwhile, don't know what to make of Jai, though Kelric Garlin, their leader who was briefly Tarquine's slave, feels that the young idealist may deserve serious attention. In this formidably complicated situation, recomplicated by the characters' suspicion of each other, Asaro skillfully shows the hesitant sprouting of loyalty, trust and even love. Newcomers can count on a lot of background summary (supplemented by family trees and a timeline at the end) throughout this far from subtle narrative. Still, it's fascinating to watch these overwrought people in superheated interaction.