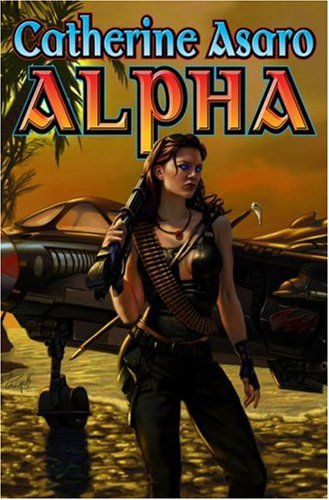 The evil genius Charon is dead, but Alpha, the gorgeous, superintelligent android he built, remains an unpredictable threat in Asaro's entertaining mix of hard SF and romance, the sequel to (2004). As director of the Office of Computer Operations of the National Information Agency, Lt. Gen. Thomas Wharington is determined to learn Alpha's secrets, but he has about as much success against her expert ability to "read" human body language as he does in finding a baby-sitter for his precocious granddaughter, Jamie. As Wharington wonders about the burgeoning sexual bond between him and the android, Alpha takes him captive and transports him to Charon's island hideaway, where he learns a terrible secret: Charon has survived and, with Alpha's help, plots to take over the world. Asaro has all the right pieces for a taut thriller, though the action suffers at times from a surfeit of plot threads, including the still-unresolved subject of Sunrise Alley itself, a shadowy group of free-roving "Evolving Intelligences" with vast power over the Internet "mesh."